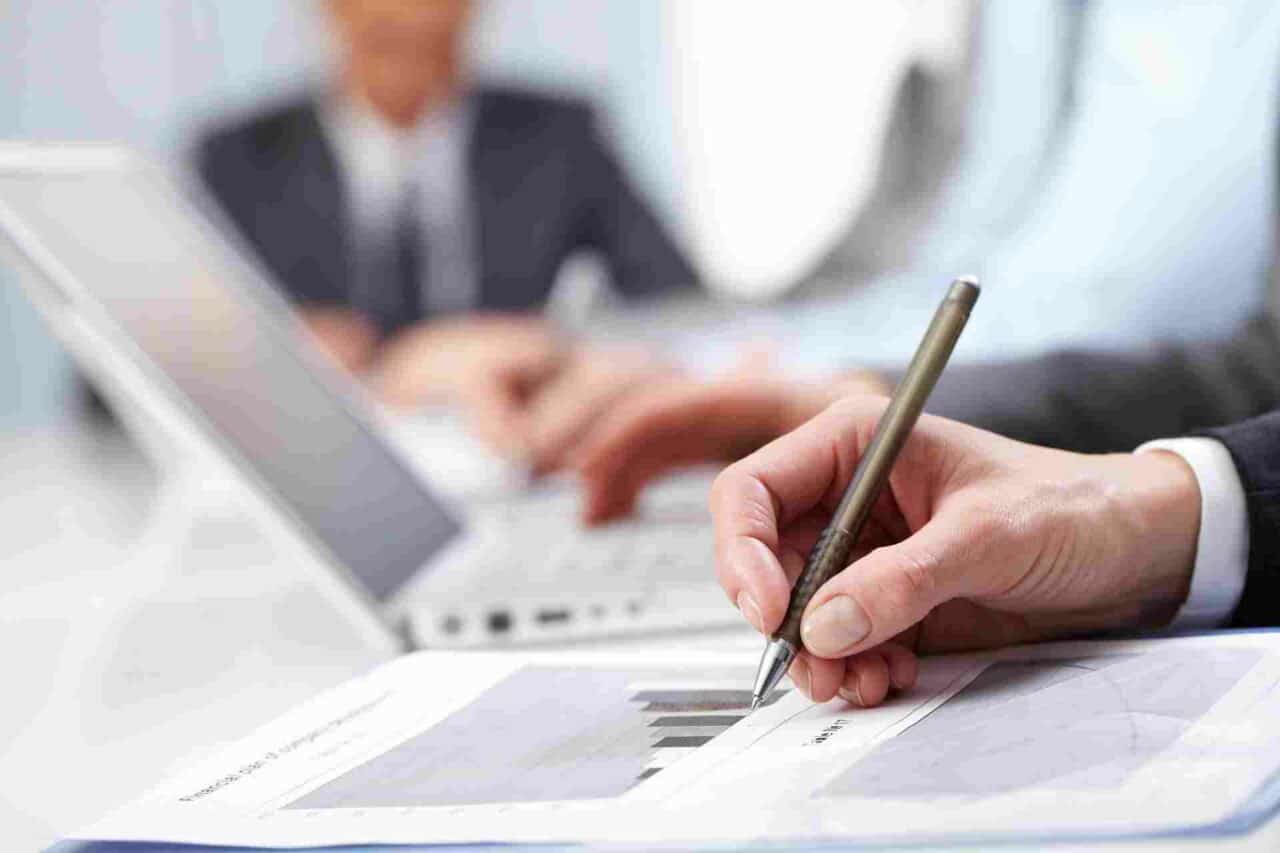 This week’s market action is far less important than the context in which it occurred, so let’s start with what was important.

On Wednesday, after a year of almost constant wheedling, the Federal Reserve finally gave President Trump what he wanted: an interest-rate cut. Depending upon your outlook, the Fed either (a) moved to get ahead of the curve with respect to a softening economy; or (b) gave in to the president, even though many fear doing so could fuel asset bubbles and leave the Fed with fewer tools to handle a real downturn.

The rate cut came even though economy is mostly fine, unemployment is low, inflation is nominal, and the stock market has done remarkably well. The new range for the Fed funds rate is 2.00 to 2.25 percent. The Fed last raised rates just seven months ago. Fed Chairman Jerome Powell listed three reasons for the first such rate cut since 2008: “to insure against downside risks from weak global growth and trade policy uncertainty; to help offset the effects these factors are currently having on the economy; and to promote a faster return of inflation to our symmetric two percent objective.”

Among the “downside risks” the Fed sees are President Trump’s policies, as his ongoing trade war has caused companies to pull back on spending (e.g., the Institute for Supply Management manufacturing index slipped to its lowest reading in nearly three years in July, marking the fourth straight month of slowing expansion), increased the prices of consumer goods, and threatened the supply chains of American business. Indeed, S&P Global revised down its outlook for U.S. GDP growth through 2022, because “the risk of trade protectionism between the U.S. and China will persist for some time.”

Mr. Powell also said that “we’re thinking of it as essentially in the nature of a midcycle adjustment to policy.” In other words, the Fed doesn’t see this move as the first in a long series of rate cuts going into a recession. Instead, they see a few cuts to help the economy during an expansion. It’s a new approach for the Fed. Instead of looking primarily at the labor market, the main reason it cut interest rates was “the implications of global developments for the economic outlook.” Further questioning made it clear that he was talking about the trade situation and the risk of a worsening conflict.

Chairman Powell did see some good news on Wednesday: “After simmering early in the year, trade-policy tensions nearly boiled over in May and June, but now appear to have returned to a simmer.” Well, that simmer didn’t last long. The president (like Wall Street traders) was not satisfied with the quarter-point cut or the suggestion by Mr. Powell that there might not be more in the offing. No president can do much of anything about employment and inflation, but “global developments” are right in his wheelhouse. And, right on cue, Mr. Trump responded with … more tariffs (traders got squeezed; the S&P 500 experienced its biggest intraday reversal since May 10).

Bond markets saw an immediate flight to safety. The benchmark 10-year U.S. Treasury note yield fell to its lowest level since Mr. Trump’s election (1.86 percent) and the trend towards a flatter or even inverted yield curve returned. Part of the impetus is economic concerns, which are real and enhanced by more tariffs. But, even more, it seems to be driven by Fed expectations and the limited tools available to it. The market’s estimate of the odds of another rate cut at next month’s FOMC meeting rose from 64 to 92 percent, according to futures data compiled by Bloomberg. By December’s meeting, the odds of at least two more rate cuts from here rose from 42 to 75 percent.

Is this a work of a “stable genius”? The “yes” argument (“three-dimensional chess”) sees that the president gets interest rate relief to stimulate the economy through the 2020 election and more runway to take his trade fight to China. The “no” argument sees that if he really pushes ahead with more and higher tariffs, the result will be lower equilibrium rates needed to keep the economy stable; they will not stimulate economic activity. The president announced new tariffs the day after the Fed Chair he chose warned repeatedly that tariffs represent the single biggest threat to the U.S. and global economies. Still, higher trade barriers (and thus higher prices for American businesses and consumers) may become “the new status quo.”

It is also noteworthy that stock markets did not respond to the good news of likely lower rates in future, but to the bad news that the risk of an all-out trade war had greatly increased. Mr. Trump takes the stock market very seriously, and it seems to be telling him he is making a mistake.

We also need to consider how China responds. China has promised a response, without elaborating what measures it would take if the new tariffs are introduced on September 1. The Chinese economy remains by far the greatest risk to global markets and the world economy. Only time will tell if the president’s gambit (if that’s what it is) works, but it’s hard not to see it as dangerous – reckless even – especially because the domestic markets had just about decided that trade concerns weren’t really that big of a deal.

As Mark Zandi, chief economist at Moody’s Analytics, told CNBC, if President Trump follows through on the tariffs, “that is the fodder for recessions,” and would more than likely force Chairman Powell’s hand, out of fear of the impact on business confidence and spending. New tariffs would also impact consumer spending, as products like Nike sneakers and iPhones will be much more expensive.

Usually, the monthly employment data is a big deal. This time, not so much. Employers added jobs at a steady pace in July and unemployment held at a historically low level, signs of an assured labor market despite a broader cooling of economic momentum. Nonfarm payrolls rose by 164,000 in July, the Labor Department announced, right in line with expectations. The jobless rate held steady at 3.7 percent, near a 50-year low. Wages advanced 3.2 percent from a year earlier, an improvement from the prior month’s pace. The week’s manufacturing data were mixed, while June construction spending fell unexpectedly.

Domestic stocks suffered their worst week thus far in 2019. Every day was negative, but most of the damage was late in the week. The tech-heavy Nasdaq fell the most and the small-cap Russell 2000 stood fell back into correction territory, or more than 10 percent below its August 2018 closing high.

Within the S&P 500, technology shares performed worst as new trade and global growth worries, along with some earnings disappointments, caused many semiconductor stocks to give back a portion of their strong July gains. Consumer discretionary shares were also weak as retailers selling goods imported from China faced the prospect of significantly higher costs and reduced demand. The small real estate sector fared best as longer-term bond yields plunged to levels not seen in almost three years, promising lower mortgage rates.

European stock markets closed sharply lower for the week, consistent with U.S. markets. The pan-European STOXX Europe 600, the UK’s FTSE 100, the exporter-heavy German DAX, and Italy’s FTSE MIB all recorded steep losses.In Asia, weakness was the rule too. Chinese and Japanese markets generally traded off 2.5-3 percent for the week.

More than 90 percent of developed-market government bonds have yields that are lower than the Federal Reserve’s benchmark overnight interest rate, according to Bianco Research, up from about 40 percent in 2015. Even the yield on 10-year debt from Greece, buffeted in recent years by economic and political toil, trades below the federal-funds rate. The Fed has raised interest-rates nine times in recent years, while the Bank of Japan adopted a negative interest-rate policy and the European Central Bank pulled rates further below zero. The divergence has contributed to a widening gap between the yields on U.S. government bonds and other sovereign debt. About 25 percent of all bonds in the world now have negative yields and about 40 percent of global bonds yield less than 1 percent. Today, 43 percent of the global ex-U.S. IG index (excluding U.S. Treasuries, U.S. corporate bonds, MBS, CMBS, and ABS) is trading at negative yields, up from 20 percent late last year.

U.S. crude-oil prices closed down 7.9 percent Thursday, their biggest one-day drop since February 4, 2015, as analysts worried that slowing demand will lead to a glut. Prices are now down 19 percent from their April highs and 29 percent below their 52-week high hit in October. The cause: trade hostilities.

Borrowing by the federal government is set to top $1 trillion for the second year in a row. The Treasury Department said it expects to issue $1.23 trillion in debt in 2019, more than twice as much as the $546 billion it issued just two years earlier.

The Senate passed that massive budget deal, previously passed by the House, that lifts the debt ceiling and prevents automatic spending cuts. Some GOP senators grumbled that the bill does nothing about the national debt, which will grow to further record levels due to this deal, but nobody is willing to do anything about it. President Trump has said he’ll sign it.

A decade or more of lagging doesn’t mean the value investing landscape has changed permanently.

Average earnings among S&P 500 companies that have reported are up 0.7 percent from a year earlier, according to FactSet. That has helped improve analysts’ forecasts for earnings to a 2.6 percent contraction for the quarter, better than the more than 3 percent pullback they had been predicting last week. Check out this S&P 500 earnings scorecard.

The invention of money.

The Wall Street Journal reported that the Certified Financial Planner Board of Standards, which runs LetsMakeAPlan.org, hasn’t been informing users about customer complaints, regulatory skirmishes and other problems. The CFP Board responded by saying it will upgrade its scrutiny of financial planners and appoint a task force to review its enforcement and disclosure procedures.

nextHurry Up and Wait | The WMA Weekly Market Wrap