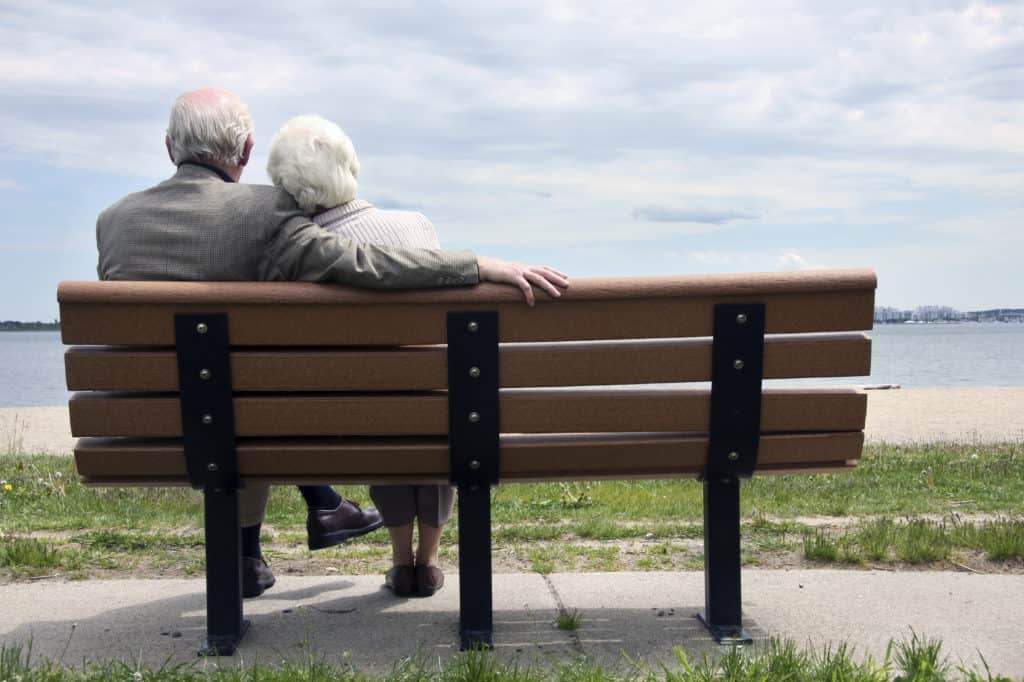 The major U.S. equity indexes bounced back strongly from their second correction of the year last week, with the S&P 500 recording its best weekly gain since December 2011. The large-cap indexes and the tech-heavy Nasdaq outperformed the smaller-cap benchmarks, and higher-valuation growth shares outpaced slower-growing value stocks for the first time in a month. Healthcare and information technology shares outpaced the rest of the S&P, while materials shares performed worst. The financials sector struggled as longer-term interest rates fell, threatening bank lending margins. Energy shares also lagged as domestic oil prices fell below $50 per barrel for the first time in over a year.

Last week, stocks jumped strongly out of the gate, aided by favorable news from the European Union’s meeting over the weekend and positive Black Friday weekend sales data. Internet sales from Wednesday through Black Friday surged by 26.4 percent over the same period in 2017, according to data tracked by Adobe Systems. Store traffic declined between 5 and 9 percent compared to the year before, but the drop was smaller than many had feared.

As has often been the case in recent months, trade headlines threatened to offset the market’s advance. Stocks opened lower on Tuesday morning after The Wall Street Journal published a report that President Trump planned to follow through on his threat to increase the tariff rate on many Chinese goods from 10 to 25 percent at the beginning of 2019. Stocks regained momentum, however, after White House Chief Economic Advisor Larry Kudlow told reporters that the meeting between Trump and Chinese President Xi Jinping offered “an opportunity to break through what have been disappointing discussions.” Positive comments from a senior Chinese economic official as the G-20 summit convened on Friday may have provided a further boost to sentiment to end the week.

The week’s primary positive catalyst seemed to come on the monetary policy front. Stocks rallied sharply on Wednesday following a speech by Fed Chair Jerome Powell in which he stated that the federal funds rate is “just below” a neutral level that would neither stimulate the economy nor rein in growth to curb inflation. Some disappointing economic data had already lowered expectations for future rate hikes, and Powell’s comments seemed to moderate them further. Another quarter-point hike at the Fed’s upcoming meeting in December still appears highly likely, however.

The week’s economic data were mixed. The Commerce Department reported that new home sales dropped by nearly 9 percent in October to their lowest level in two and one-half years. The decline was in sharp contrast to consensus expectations for a 3.7 percent increase, although previous months’ sales were revised higher. Pending home sales also recorded a surprising drop, and home prices rose less than expected in September. Weekly jobless claims recorded their fourth consecutive increase, and another regional manufacturing index came in below expectations. On the positive side, both personal spending and income rose at a solid pace in October and surpassed consensus estimates. The economic data and Powell’s comments pushed the yield on the benchmark 10-year U.S. Treasury note to dip below the 3.0 percent threshold for the first time since mid-September.

In overseas markets, the pan-European Stoxx Europe 600 Index was up slightly after a week filled with geopolitical tensions, as investors sorted through conflicting signals on Brexit and braced for the weekend G-20 meeting. The FTSE 100 Index was lower on the week, and the pound dropped against the U.S. dollar, as the future of Brexit hung in the balance. Stocks got a boost after news of a Brexit deal the previous Sunday between the EU and the U.K. While the EU endorsed British Prime Minister Theresa May’s proposed Brexit plan, she will still need to win the approval of Parliament on December 11, which some analysts predict will result in a humiliating defeat. However, President Trump suggested that May’s deal could threaten a U.S.-U.K. trade agreement.

Markets in mainland China edged slightly higher last week as traders stayed cautious ahead of the weekend’s G-20 summit. Most analysts have dim hopes for a breakthrough in the U.S.-China trade impasse at the G-20 meeting in Argentina, reflecting the major differences between both sides. Notwithstanding the low expectations, the meeting between President Trump and his Chinese counterpart, Xi Jinping, is generally seen as the best opportunity for both countries to halt an escalating trade war. The Nikkei 225 tallied five consecutive daily gains as it, and other major Japanese indexes recorded strong gains last week.

Ivy League endowments have been well-known for focusing upon off-the-beaten-path “alternative” investments. However, over the past ten years, not a single one of them has beaten a simple, and once endowment standard, 60:40 portfolio, despite much higher volatility.

It is hard to predict precisely the effects of a warming planet, but the world of business and finance is trying to put prices on it. Agriculture is among industries on the front lines because a warming climate changes the crops that farmers can plant, affecting the productivity and value of their land. Right now, warming temperatures are expanding regions suitable for corn, grapes and other crops.

Despite a bounce last week, stocks, bonds and commodities from copper to crude oil are staging a rare simultaneous retreat. It’s putting global markets on track for one of their worst years on record and deepening a sense of unease on Wall Street.

GM is laying off 14,300 employees. It’s shuttering five factories in the U.S. and Canada, and says that two more closings will be announced internationally. By next year, it will no longer make the Buick LaCrosse, the Chevrolet Impala, or the Cadillac CT6 sedan. It’s even killing the Chevy Volt plug-in hybrid. President Trump’s trade war and steel tariffs are costing the auto industry billions, including roughly $700 million in higher steel prices at GM alone. Meanwhile, all the top-selling sedans in America — the Toyota Camry, Honda Civic, Honda Accord, Toyota Corolla, Nissan Altima, and Nissan Sentra — are Japanese.

Thucydides chronicled the 30-year Peloponnesian War, which pitted Sparta against the rising power of Athens. “It was the rise of Athens and the fear that this instilled in Sparta that made war inevitable,” Thucydides wrote. In 12 of past 16 cases in which a rising power has confronted a ruling power, the result has been bloodshed. Does that mean the U.S. and China are headed for war (more here)? In short, officials from the U.S. and China maneuvered and often miscalculated. The two countries are on the brink of a new Cold War, with tensions over trade at the top of the agenda. Both are erecting increasingly punitive tariff barriers, putting into play their reputations and the fate of major industries. That the two countries arrived at this point, despite years of tension, wasn’t inevitable. Here’s how it played out. Presidents Trump and Xi met yesterday at the G-20 summit in Argentina and had dinner together. After the meeting, White House Chief Economic Advisor Larry Kudlow reported that it went “very well,” and multiple reports had President Trump and Chinese President Xi agreeing to a temporary trade ceasefire to allow time for more negotiations.

However, the U.S. and China have been exploring a trade deal whereby Washington would hold off on further tariffs in return for new talks looking at big changes in Chinese economic policy. China may need a deal because its economy isn’t doing great. Its official manufacturing index showed no expansion in business activity for the first time since mid-2016. Sales prices fell for the first time since March. Most concerning: the gap between output and new orders is now at its widest since early 2017 — Chinese factories are producing more than they are selling. And the labor markets look shaky too.

China is going to judge every resident based upon behavior by the end of 2020. Already, the Chinese government deploys over one million spies to keep an eye on its own people. Google secretly helps them. It has stepped up its spying on U.S. technology firms, too.

Officials signed the renegotiated North American Free Trade Agreement, rebranded the U.S.-Mexico-Canada Agreement, yesterday, also in Buenos Aires, on the sidelines of the G-20 summit. It is a signature achievement of President Trump, who won concessions from Canada and Mexico, which feared it could have been much worse.

The president has canceled a planned meeting with Russian leader Vladimir Putin at the G-20, citing Russia’s recent seizure of three Ukrainian naval ships, via Tweet.

President Trump’s trade war is “slamming parts of the American economy, especially in Midwestern and farm belt states that helped propel him to the White House” and virtually every economist, irrespective of politics, thinks it’s a bad idea. But the president has believed in tariffs for decades and is unlikely to change his mind now.

Federal Reserve Chairman Jerome Powell ignited a market rally Wednesday when he said interest rates are “just below” neutral. That doesn’t sound like much but traders took it as a sign the Fed will stop raising rates sooner rather than later and keep the economy from intentionally cooling. The Federal Reserve has raised rates by a quarter-percentage point every three months over the past year. Officials appear ready to follow that pattern with another increase next month. After that, they’re flexible. According to the Fed, these are the top vulnerabilities of the U.S. financial system.

U.S. crude oil fell below $50 for the first time since October 2017 last week amid mounting pressure on OPEC and its allies to rein in supply and bolster prices. Cheap oil is a mixed bag for the U.S. economy: consumers get a break on gasoline prices but energy firms are likely to hold off on new investment and hiring.

Life expectancy for Americans fell once again last year because of the opioid and suicide crises, continuing the longest sustained decline in a century. The Centers for Disease Control and Prevention reported that life expectancy fell by one-tenth of a year, to 78.6 years. This was “an appalling performance not seen in the United States since 1915 through 1918, [which] included World War I and a flu pandemic.” The reasons include “the sharpest annual increase in suicides in nearly a decade and a continued rise in deaths from powerful opioid drugs like fentanyl… Influenza, pneumonia and diabetes also factored into last year’s increase.”

The father of the index fund, John Bogle, says their increasing dominance may create some of the “major issues of the coming era.”

Powered by strong income gains, consumers spent more in October, driving economic growth as other sectors such as home building and exports showed signs of softness. At the same time, inflation was subdued.The Commerce Department said consumer spending registered its largest gain in seven months, rising 0.6 percent from September. Incomes were up 0.5 percent. An inflation measure watched closely by the Fed, the personal consumption expenditure price index excluding food and energy, was up 1.8 percent in October from a year earlier, short of the central bank’s 2 percent target and September’s 1.9 percent pace.

One millennial said, “I’m broke and mostly friendless, and I’ve wasted my whole life.” As reported by NPR, a study published this month from the Fed found millennials are less financially well-off than members of earlier generations when they were the same ages, with “lower earnings, fewer assets and less wealth.”