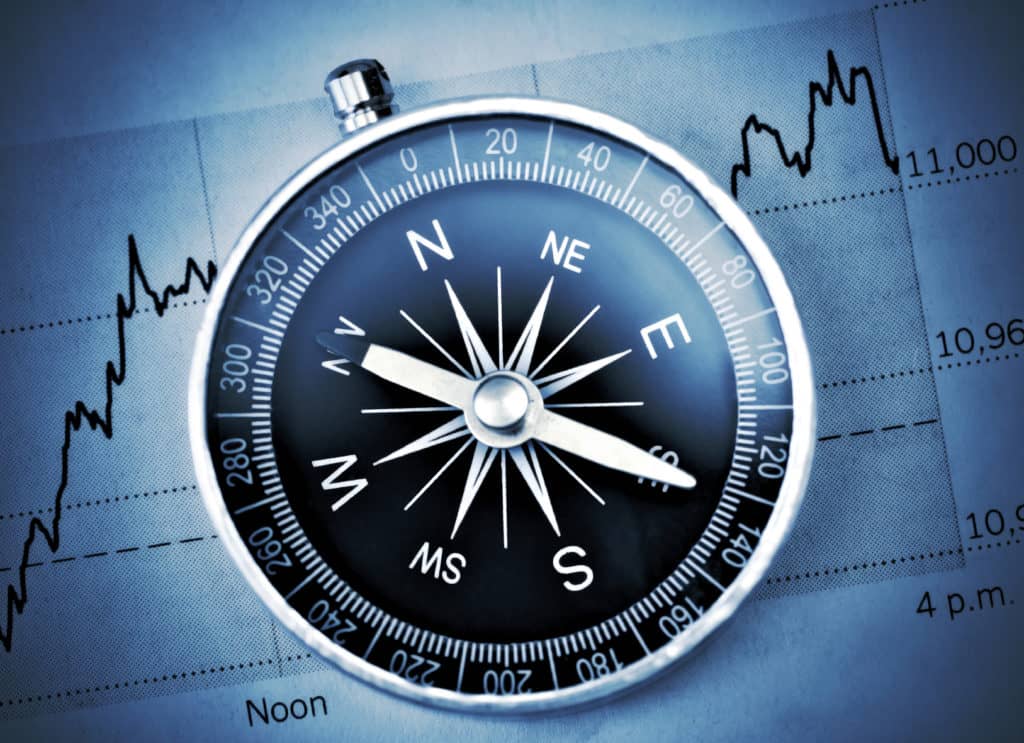 Growing concerns about the risk of conflict on the Korean Peninsula and some disappointing corporate earnings reports sent the major U.S. equity benchmarks lower last week. The Dow’s streak of nine straight record-setting high closes ended Tuesday, as President Trump threatened war with North Korea in response to the DPRK’s nuclear provocations. Greater losses followed on Thursday. Just for that day, the tech-heavy Nasdaq lost more than 2 percent, the broad-based S&P 500 lost nearly 1.5 percent and the blue chip Dow was off nearly 1 percent. Mid and small caps lost even more. However, given the nature of the threat, the losses were very small. Moreover, markets generated mostly positive numbers, albeit small ones, on Friday.

Tuesday’s aggressive rhetoric from the president briefly caused the Chicago Board Options Exchange Volatility Index to rise as traders finally seemed to expect some volatility. Then the market appeared to remember that it was not reacting to political news anymore, and vol subsided again. But on Thursday, when the president upped the ante, the markets finally started to freak out, at least a little (before mellowing out a bit on Friday):

“Stocks fell the most since May on Thursday, extending a decline that began when President Donald Trump warned North Korea over aggression. The S&P 500 fell 1.5 percent, while the CBOE Volatility Index jumped 44 percent to bring its three-day rise to 62 percent. It was the first close above 16 for the VIX since the day of the U.S. election.”

The VIX is still below its historical average, but the move represents a clear shift from the months of discussion about how low VIX levels combined with high levels of geopolitical uncertainty and general domestic political craziness meant that the market was complacent. More particularly, Thursday’s sell-off ended a period of record-low volatility during which the S&P 500 had gone 15 days without moving more than 0.30 percent.

Equities recovered a bit on Friday. Despite the down week overall, U.S. large-cap stocks and the tech-heavy Nasdaq still have substantial year-to-date gains, while small- and mid-cap shares are holding on to smaller gains. Gold performed well again last week and has been strong in 2017 after years of decline.

In name-specific news, Walt Disney traded down after reporting weak second-quarter results that included declines in the number of its cable network subscribers (primarily from ESPN, yet again) and decreasing advertising revenue. Disney’s announcement that it intends to focus on distributing its own content to consumers weighed on Netflix shares. Several major retailers also lost ground after disappointing earnings reports, including Macy’s, which declined more than 10 percent on Thursday. JCPenney suffered an all-time low.

Snap and Blue Apron, which were two of the more prominent tech IPOs this year (Blue Apron is typically described as a tech company, but hardly seems like one), both reported earnings last week too. They were lousy (sample headline: “Blue Apron Stock Is Now Worth Far Less Than One of Its Meals”). Blue Apron’s popularity declined in its first quarter as a public company while Snap’s daily active users keep growing, but at declining and disappointing rates. These problems are reflected in their stock prices. Blue Apron is trading at barely half of its IPO price while Snap is trading about 20 percent lower. Of course, IPOs generally underperform, but the market will not look kindly at a run of popular but unprofitable IPOs.

Demand for safe-haven securities pushed the yield of the benchmark 10-year U.S. Treasury note down below 2.20 percent by Friday, its lowest level since June. Credit spreads – the additional yield that investors demand for holding a bond with credit risk – widened throughout the week. Geopolitical tensions, new supply, and some disappointing earnings reports contributed to the weakness in both the investment grade corporate and high yield bond markets.

According to the latest report from the Bureau of Labor Statistics, the consumer price index rose only 0.1 percent in July, less than consensus expectations. Over the past 12 months, prices have increased a mere 1.7 percent, which is less than the Federal Reserve’s 2 percent inflation target. Motor vehicle prices continue to fall, as dealers work through new car inventories and deal with a glut of used cars coming from rental car companies, among other factors. Besides vehicles, core goods (which exclude the food and energy sectors) posted a small increase, likely showing some impact from recent dollar weakness. In separate reports, job openings reached a record high in June, while new jobless claims remained near historic lows, although they ticked up from the previous week.

European stocks also fell and volatility spiked there as well amidst the rhetorical jousting between the U.S. and the DPRK, overshadowing last week’s upbeat European corporate earnings results. Basic resources stocks led the march downward, further fueled by a commodities sell-off and a cautionary statement from China on iron ore prices. The banking and oil and gas sectors as well as some tech stocks were also weak. The pan-European benchmark Stoxx 600 logged three consecutive days of losses, ending the week nearly 3 percent lower, one of its worst weekly losses this year. The FTSE 100 hit a three-month-low on Friday, and on Thursday Germany’s DAX 30 briefly traded below the 12,000 level for the first time since April.

Japanese stocks also suffered losses last week. The widely watched Nikkei 225 Stock Average fell more than a point and is now up barely more than 3 percent YTD, although the broad-based TOPIX is up 6.5 percent and the TOPIX Small Index has advanced more than 13 percent this year. The yen strengthened versus the dollar for a fifth consecutive week.

China’s foreign currency reserves increased more than forecast in July to a nine-month high, signaling that Beijing’s efforts to curb capital outflows have been successful. Reserves rose for the sixth straight month to $3.081 trillion, up $23.93 billion from June, the People’s Bank of China (PBOC) reported. The recent string of monthly increases in China’s cash stockpile, the world’s biggest, follows measures implemented by the PBOC over the past year aimed at making it harder for Chinese investors and companies to move money abroad, which increases downward pressure on the yuan. The Chinese stock market lost over 2 percent for the week but is still up 21 percent on the year.