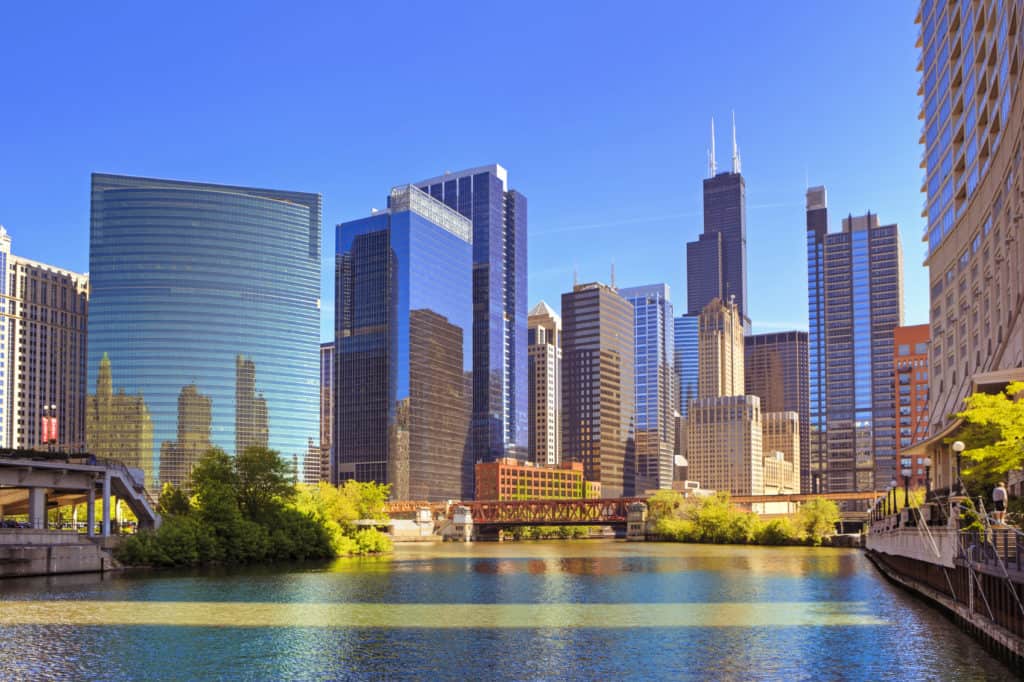 The markets had a difficult and volatile week. Before we get to the details of what happened and what it might mean, let’s begin with a slight detour.

Despite that incredible performance, all of us would still have fired God many times over. Why? Because of the drawdowns. Even a portfolio limited to the best five stocks suffers big drawdowns.

To get the nearly 30 percent annual return from God’s portfolio, an investor would have had to endure ten separate drawdowns of more than 20 percent, including one drawdown of more than 75 percent. Any one of those drawdowns early on would terrify us and we’d have fired God and moved our money somewhere else, probably to cash.

Repeat after me: volatility is the necessary price to be paid for the outsized returns available from stocks as compared with all other investment opportunities.

Now, on to this week’s news.

Domestic stocks fell last week amidst volatile trading. Friday was the 50th one percent move in the S&P in 2018. There were only eight in all of 2017. However, to be clear, 2018 is entirely normal; 2017 was the outlier.

A downturn on Monday saw the S&P 500 record its worst decline in a month. The major indexes reached a low point on Wednesday but remained above recent lows established in late October. Materials, real estate, and industrial stocks outperformed, with the latter helped by rise in 3M shares following a favorable outlook from the company for 2019. For the third-consecutive week, slower-growing value shares generally outperformed higher-valuation growth stocks.

Last week brought a good deal of FAANGst as heavily weighted tech and internet stocks continued to underperform. Apple is the latest FAANG stock to reach bear market territory, generally defined as a decline of over 20 percent from recent highs, after peaking about a month ago. Facebook is down over 35 percent from a July peak and Amazon is off 22 percent since early September. Amazon’s decline weighed on the consumer discretionary sector, which performed worst within the S&P. Netflix has dropped about 33 percent since last June. Google is the best performer of the lot, but still off about 18.5 percent from July’s apex. To go along with the market pressure, there is increasing political pressure on the tech sector too.

Trade concerns seemed to be the primary factor guiding sentiment last week. Monday’s sell-off was accentuated late in the day by news that the White House was circulating a draft of plans for new tariffs on auto imports, a move that would carry significant implications for the domestic auto sector given the importance of international supply chains.

Trade fears diminished later in the week, helping stocks regain some momentum. Thursday traded higher following the release of details on efforts to revive U.S.-China trade talks ahead of the upcoming G-20 meeting. On Friday, President Trump told reporters at the White House that Chinese officials had sent him a list of 142 steps they were willing to take for a trade deal, which was “pretty complete.” The U.S. has threatened to impose tariffs on all Chinese imports and raise the tariff rate from 10 to 25 percent on January 1, 2019, if progress is not made in negotiations.

Other political and geopolitical concerns also seemed to dampen sentiment. Stocks gave up early gains Tuesday after crude prices suffered their worst intraday decline since 2011 following President Trump’s criticism of Saudi production cutbacks. At midweek, financials shares were dealt a blow after the incoming head of the House Financial Services Committee, Rep. Maxine Waters, pledged that “the days of this committee weakening regulations” were coming to an end. A poor reception to the Brexit deal announced on Thursday unleashed political uncertainty in the UK and seemed to ignite further concerns.

The week was also notable for the release of important economic data. On the consumer front, retail sales jumped in October, but the gain was almost entirely due to a rise in gasoline prices and increased spending at the pump. Core retail sales, which exclude auto-related sales and purchases at home improvement centers, moved only slightly higher, while revised data showed drops in August and September. Most analysts expect that spending growth will moderate from its rapid pace in the middle of the year as the savings rate stabilizes. Industrial production rose a bit less than forecast in October. Two regional manufacturing gauges showed an increase in factory activity, but the gains were largely driven by a rise in inventories, usually not a good sign for future production.

Meanwhile, core (ex-food and energy) consumer inflation rose moderately in October, according to Labor Department data released Wednesday. Labor cost inflation has yet to rise to a point where it would put persistent upward pressure on prices, but the underlying data in the report did reveal some hints of higher prices due to Chinese tariffs, an impact that will deepen if the tariff rate increases to 25 percent. Equity market weakness and the decline in crude prices caused a flight to the perceived safe-haven of U.S. Treasury paper during the week, resulting in a sharp drop in yields.

Across the pond, the pan-European STOXX 600 Index fell more than 2 percent, as Brexit fears and Italy’s budget standoff with the European Union continued to unsettle markets. The FTSE 100 Index lost about 1.3 percent, and the German DAX and French CAC 40 both finished lower as well. Banks were among the top decliners on worries that the UK would leave the EU without a deal. The pound came under pressure, falling about 1.24 percent against the U.S. dollar, while the euro dropped about 0.6 percent versus the greenback.

In Asia, Chinese stocks rose last week, as trade-related concerns took a backseat and bargain-hunters scooped up shares that had fallen to depressed levels. The Shanghai Composite rose 3.1 percent for the week, while the CSI 300 Index — a gauge of large-cap stocks — added 2.8 percent. The recovery in the Shanghai comes less than a month after the benchmark index hit a four-year low. Increased interest in Chinese stocks has been driven by foreign investors, who bought yuan-denominated A shares at a record pace since the start of November, according to Bloomberg.

In Japan, the Cabinet Office reported that Japan’s economy contracted at an annualized pace of 1.2 percent in the three months ended September 30, pushing stocks there lower. Natural disasters, tepid domestic consumption, and a decline in exports all took a toll on growth, after gross domestic product expanded at a strong 3.0 percent pace in the previous quarter.

·     Financial advisors are on the frontlines of the longevity revolution and might consider a withdrawal strategy recommended by the Stanford Center on Longevity.

·     In the aggregate, hedge funds have produced lousy returns for a long time. That’s why, over the years, their marketing has shifted away from something like “we’ll make you a boatload of money” to the much more restrained, “we offer better risk mitigation.” The usual claim now is that hedge funds should be able to protect you in difficult markets. But that wasn’t the case in October when, in very difficult markets indeed, hedge funds had their worst month since 2011.

·     In just six years, people 55 and older will be 25 percent of the workforce, more than double from 12 percent in 1994. However, few companies appear to have accepted the idea that they need to retain and continue to promote older workers rather than letting them go, according to a recent survey. Public policy hasn’t caught up with the aging society either which, unless adjustments are made, will swamp programs like Medicare and Social Security. This interesting piece from the Harvard Business Review provides a helpful guide to this subject.

·     From The New York Times magazine: “The rapidly aging worldwide population…[is] the seminal event of the 21st century,” says Andrew Carle, founding director of the program in senior-housing administration at George Mason University. The Census Bureau projects that in 2034, for the first time ever, people 65 and older will outnumber those under 18. A similar demographic shift is underway around the globe, and no one seems to have a solid plan for addressing it. “It really comes down to two questions: Where are we going to live, and who is going to take care of us?”

·     North Korea has been making improvements to 16 hidden ballistic missile bases even after moving to dismantle a major site to appease the U.S.

·     New York City (Long Island City, Queens) and Northern Virginia (Crystal City in Arlington County) will be the homes for Amazon’s new headquarters. New York provided “corporate welfare” in the forms of tax breaks and infrastructure improvements totalling more than $60,000 per new job; Virginia provided about half that. Not surprisingly, there is some push-back. “When both Tucker Carlson and Alexandria Ocasio-Cortez find common cause against you, you’ve either done something inconceivably stupid or profoundly good.”

·     More than 1 million people ditched their cable and satellite TV packages last quarter, the most ever in a quarterly earnings period.

·     The global economy took a turn downward in the third quarter with gross domestic product in Japan and Germany — the world’s third- and fourth-biggest economies — contracting. Japan’s economy slid 1.2 percent annualized, while Germany’s fell 0.8 percent. Third-quarter growth in the eurozone was a scant 0.7 percent, the lowest since early 2013. During the same period, China advanced 6.5 percent, the weakest pace for world’s second-largest economy since the financial crisis, largely because consumers there are not spending as hoped. Meanwhile, the U.S. grew at a very strong 3.5 percent rate. So, is the global economic glass half-full or half-empty?

·     The federal government started the new fiscal year on October 1 the same way it ended the last one: with a widening budget deficit.

·     Clients need advice about what to do with their RMDs.

·     General Electric amassed $115 billion of debt with a reputation as one of the U.S.’s safest borrowers. But revelations and questions about its accounting have cut its share price in half this year and pummeled its bond prices into junk territory. A slide below investment grade by GE, whose credit rating is now just three notches above junk, could reshape the junk-bond market.

·     This earnings season, 161 stocks in the S&P 500 have seen their share price fall despite beating expectations. The average loss has been 5.5 percent.

·     According to the Index Industry Association, benchmarking giants like S&P Global and MSCI have created 438,000 new indexes over the 12 months ending June 30. There are now more than 3.7 million benchmarks globally, dwarfing the roughly 50,000 stocks that trade on exchanges around the world.

·     The Internal Revenue Service announced the tax code’s parameters for 2019, implementing a new method for making inflation adjustments that will result in higher tax payments — and government revenue — over time.

·     U.K. Prime Minister Theresa May seeks to fend off opposition to her Brexit deal and threats to her premiership, but it isn’t going very well. The market reaction was also strong as the pound has been dropping. Here is a guide to the possible outcomes.